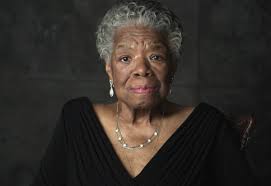 Do you simply ‘refuse to say no’ to your purpose ?

This is Angela Mayou author of ‘a caged bird sings’ who was a child that was raped at a very young age, she was sent to live with her grandmother and she lived a rich and colourful life, writing stunning poetry, singing even though she didn’t have the best voice, dancing and showing the world she refused to say ‘no’ to her dreams

This is Emily Pankhurst one of the brave women of the ‘Suffragettes’ movement who refused to say no to themselves, often beaten, forced to eat by brutal methods, and victimised they put themselves on the line for what they believed in – did they visualise and affirm – in their own way yes from the fire of their hearts – and look what they all did ?

This amazing woman is Noor Inayat Khan – a radio operator who by herself sent transmissions from Germany occupied Paris through to London even though the whole network had been infiltrated, arrested and tortured by the Gestapo, she was offered immunity but she held out under 3 weeks of constant questioning and brutality and didn’t give in even after she was sent to a concentration camp and killed- she refused to say anything except ‘no’

All of these women are a part of you – their bravery, their purpose lives on in each of us whether we are male female young or old, whether we have money, loved ones or lack of mobility – you are as amazing and as full of potential as them

Did they have it ‘down perfect’ after 1 – 10 tries – I doubt it, did they feel as though they had failed when it went tits up – no it was because they failed that they got back up – commitment renewed and a fire in their belly and just ‘carried on’

If you want to change your life – you have to Change your life – there is no point deciding that it’s only going to change because you have been positive for 3 days but nothing has happened – You have to be the force the determination, the courage and the sheer positive momentum that Makes the change, takes the risks and decides it’ going to change no matter the reasons, stories, logical obstacles or even short term chaos that is around you now

12 years ago I was in an unhappy marraige, I had 4 children one of whom was dying, I left with nowhere to go and a court order saying if I left I would forfeit my right to be a mum – even though I had saved my sons life

2 years after that I went through my 2nd divorce, I went out and decided I was going to meet and manifest my soul mate even though on paper it looked as if that would never happen, 4 weeks later I met Mr Wright my husband of now 7 years

4 years after that I published my first book – it crashed, I made no money at all, I didn’t get taken up by a publisher, I didn’t get offered a Hay House deal and I certainly didn’t become one of those highly succesful speakers ‘off the back of my book ‘ i am no Doreen Virtue or Diana Cooper

But ….I am doing what I love, I am helping people all over the world have the courage and the sheer awareness of what they’re here to do, it may not work the first time, the second time or even the third time, but it Will work eventually because everything does – you will always fulfill your purpose

You may have to spend more money, put in more time, ignore all the signs that it isn’t going the  way you wished it would go, and just listen to the energy of your heart that says ‘this is for you – you just have more growing, expanding and learning to do – lets enjoy the ride’ 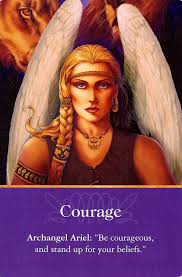 We want to offer you the opportunity to Be the change – we want it to be exciting supportive and full of challenges yes, but we also want it to be something which builds with magic, positive momentum and healing shifts that are felt deeply within the heart, we want you to know without any doubt that you are growing, expanding and becoming empowered – from where you stand right now – it’s only by starting where you are that anything can change – and it doesn’t matter how many times you tried before it’s THIS TIME that counts

My final picture is the amazing Thomas Edison who is pictured with his invention ‘the lightbulb’ how many steps how many restarts how many times did he fall down, get so frustrated but he just got up – again….. 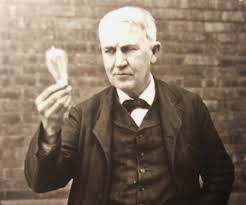 We are inviting you to partner with your soul and your higher self and become fully empowered, so that your life HAS to change no ifs no buts no more exscuses stop wasting your own time – if you’re ready to DO THIS thing called life, get in contact and book your 1 hour with the angels, or your free 20 min clarity call if you are considering the life changing coaching i now offer ‘Empowerment With The Angels https://www.sheelaghmaria.com/empowerment-with-angels/

There is NO REASON for you to live like ‘this’ any longer, I’m living proof despite the challenges despite the changes you can and will have the life you came here to have if you get up and get going – just one more time ……

Sheelagh and your team